What is Black Friday?

Up until 2010, Black Friday was a phenomenon only observed in the US and Canada. It always falls on the day after Thanksgiving, and over the last 10 years, it has always been the busiest shopping day of the year in North America. Stores, both online and on the high-street, offer huge discounts and promotions to make the most of the occasion. For many, it is recognised as the unofficial start of the Christmas shopping period.

Over the last 4 or 5 years, Black Friday has seen a huge surge in popularity in other areas of the world, such as Australia, the UK and other European countries. Why? Some people argue it’s due to the growth of American-owned companies across the world, while others point toward the steady spread of Americanised culture. Whatever the reason, Black Friday 2014 is set to be the biggest shopping day in UK history. 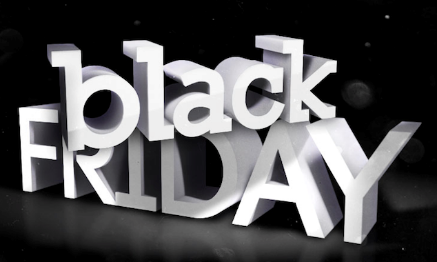 The Origins of Black Friday

The first use of the term can be traced back to 1960s Philadelphia, when Police officers referred to the day after Thanksgiving as Black Friday because of the mayhem than ensued as shoppers attacked the high street to start their Christmas shopping.

The rest of the US quickly caught on to this term, and Black Friday’s popularity has grown ever since. The day is now a public holiday across most parts of the US, showing just what an important day it has become for the American retail industry.

In financial sectors, many professionals claim that Black Friday is called such as it’s the first day of the year that many companies stop making a loss (in the red), and start turning a profit (in the black).

Making its first appearance in 2005, Cyber Monday is a much more recent phenomenon than Black Friday. And unlike Black Friday, it focuses solely on online sales, as opposed to both online and high-street shopping.

Cyber Monday always falls on the first Monday after Thanksgiving. Market analysts observed that this particular day always saw a huge spike in online sales as people returned to work after the Thanksgiving holiday period. From this research, the term Cyber Monday was coined and its popularity has grown since, particularly in the last 2 years. It is the biggest online shopping day of the year for many countries, including the UK.

Look out for some jaw-dropping deals at 24ace.co.uk, starting on Friday the 28th of November running through to Monday the 1st of December. You’ll discover huge discounts on a wide range of products, from console bundles and tablets to Christmas lines and top-branded clothing. Make sure you don’t miss out!

Take a look at some of our favourites, priced from only £3.01: 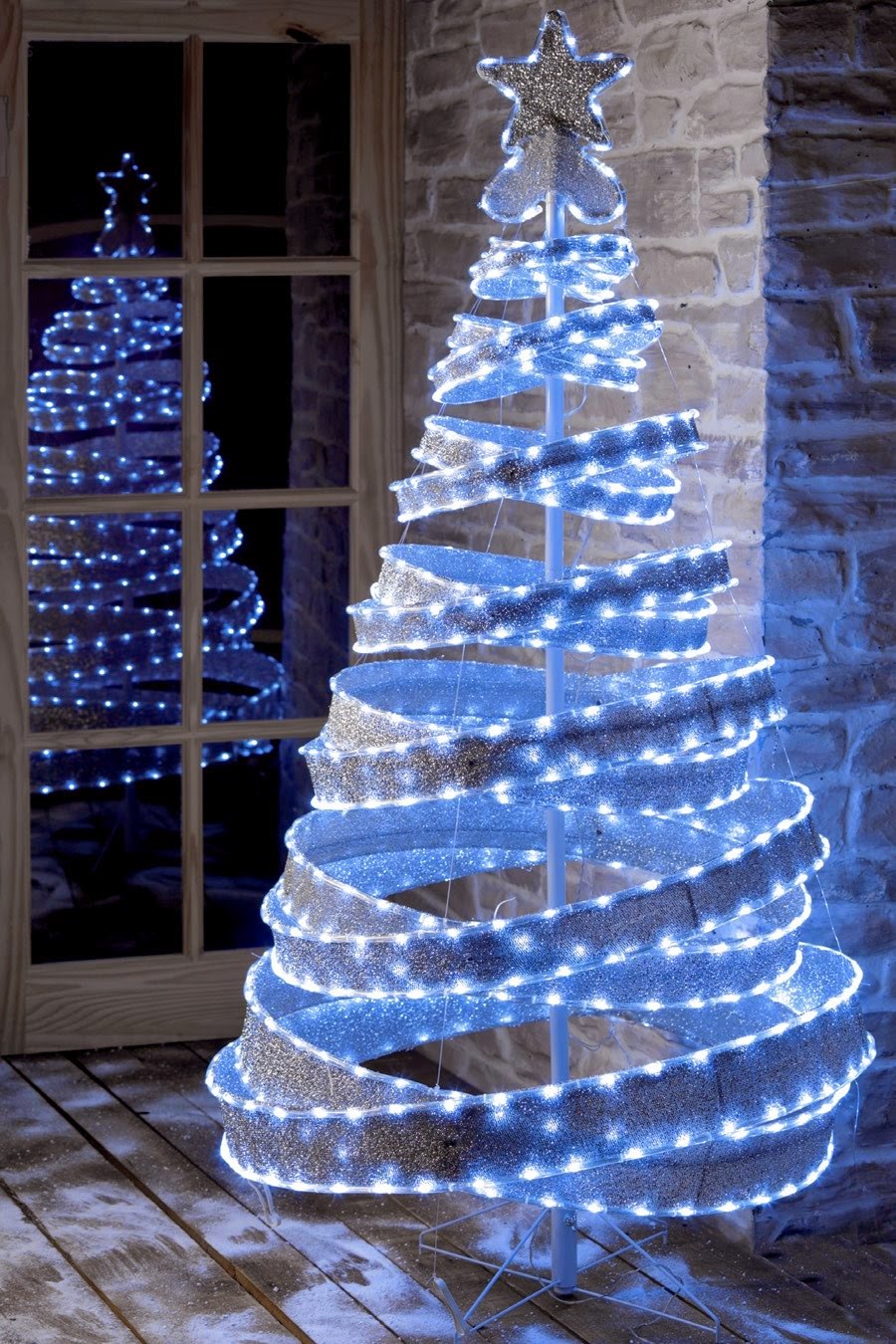 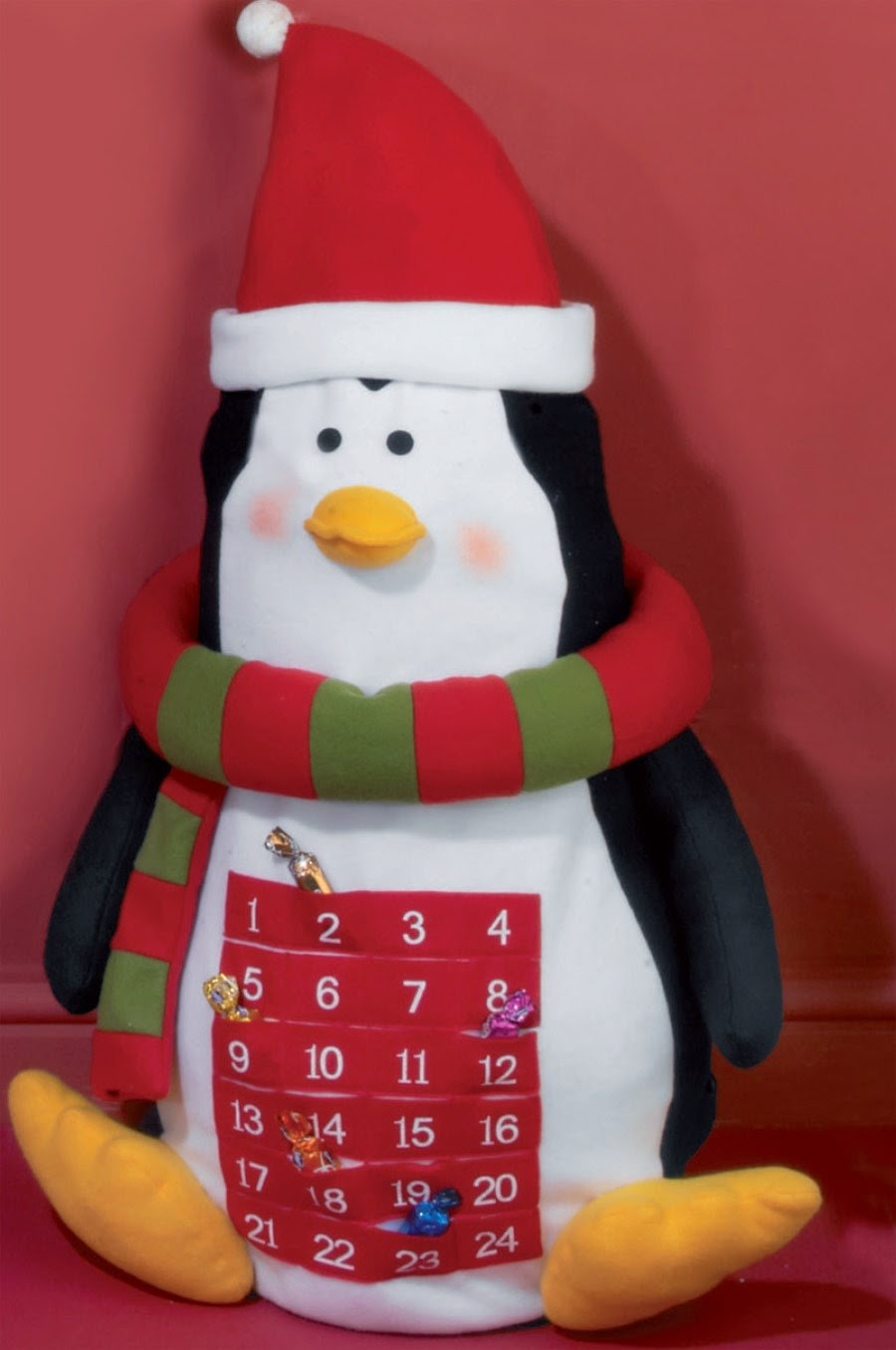 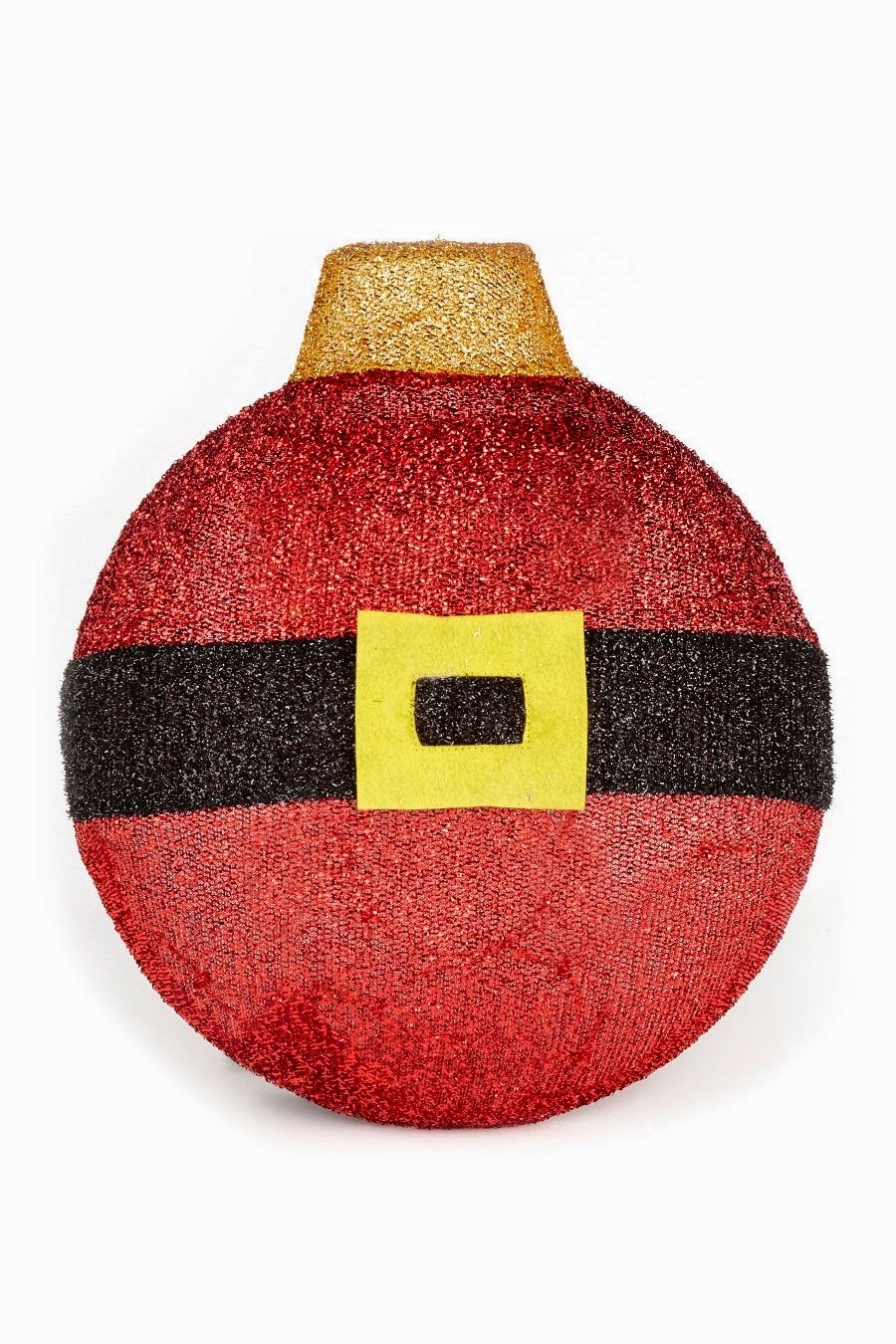 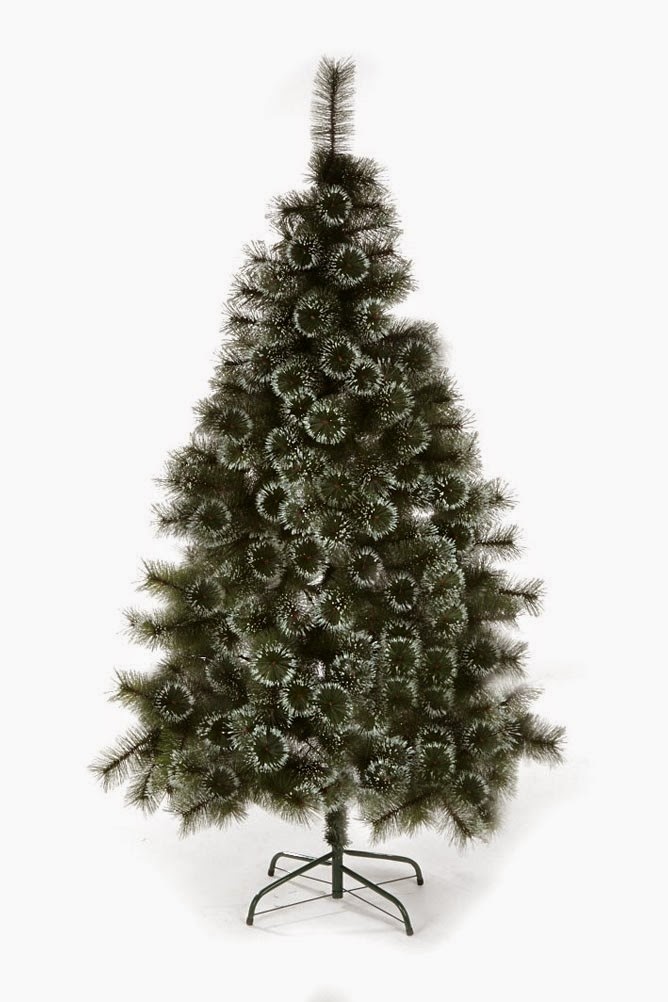 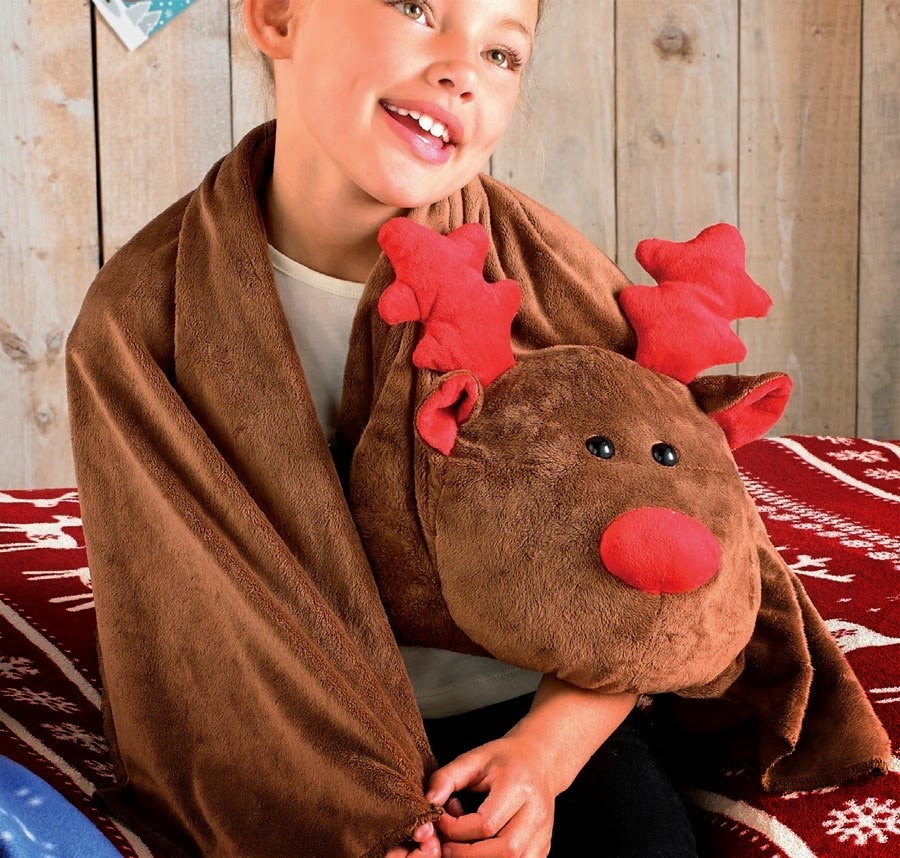 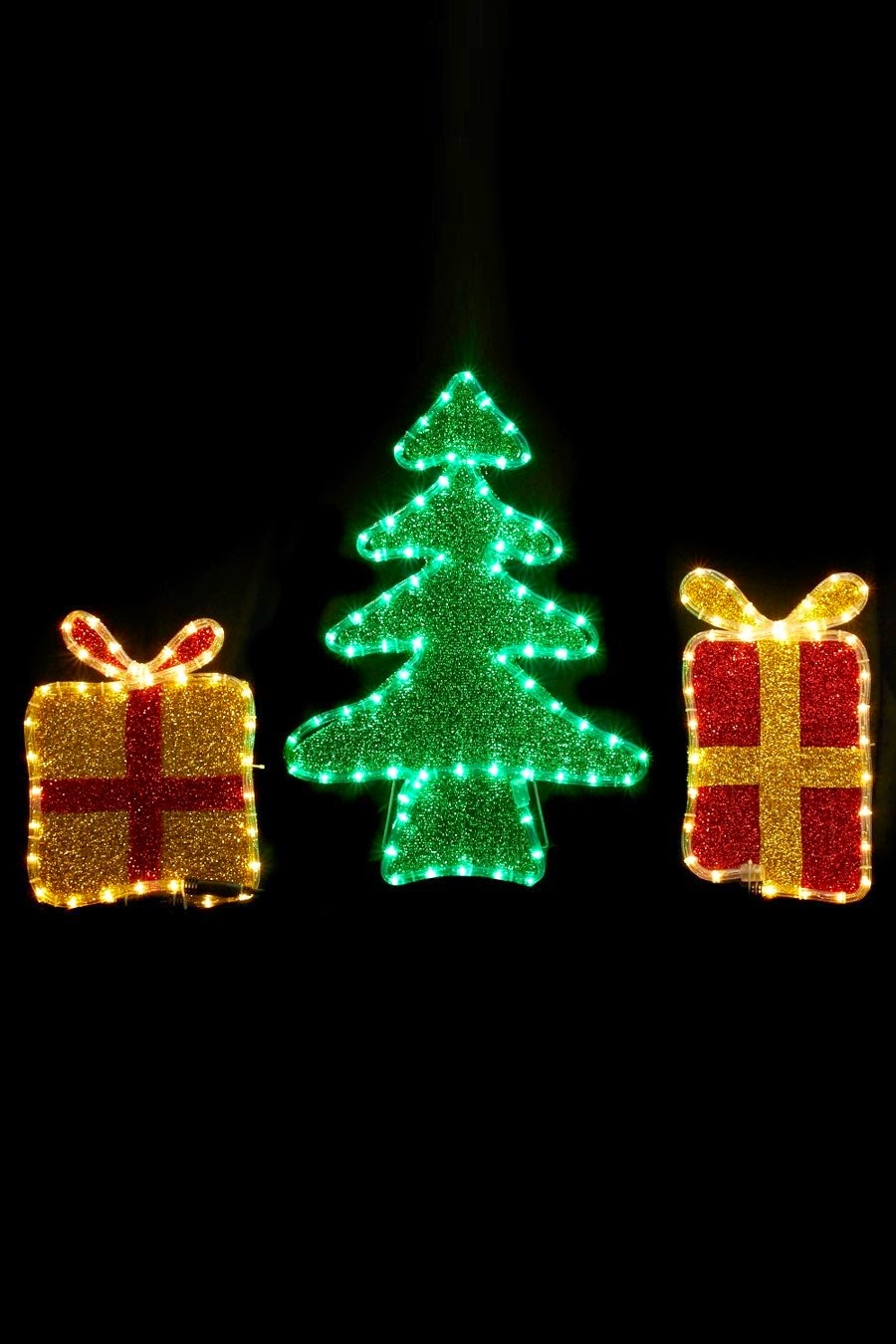 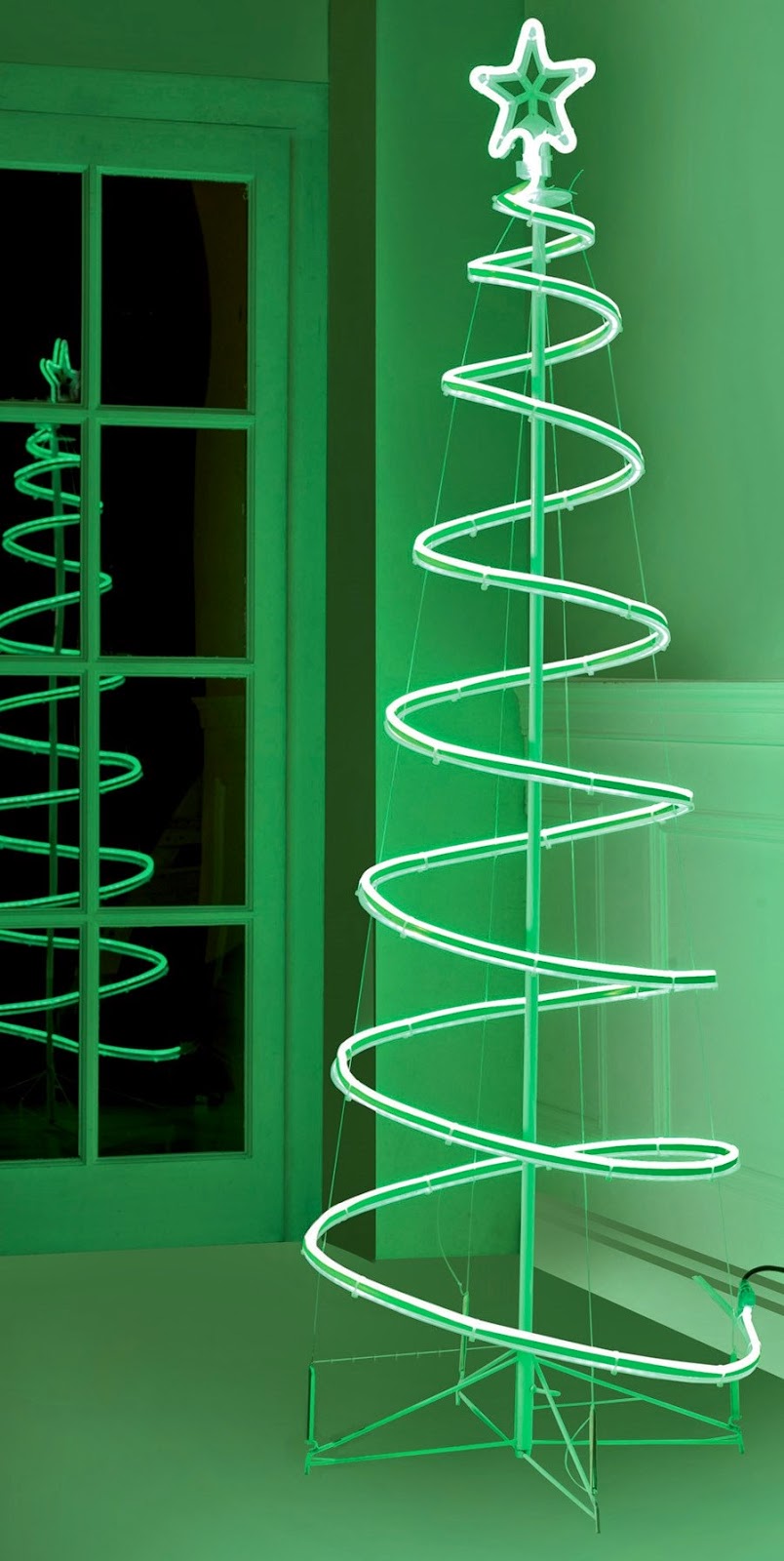 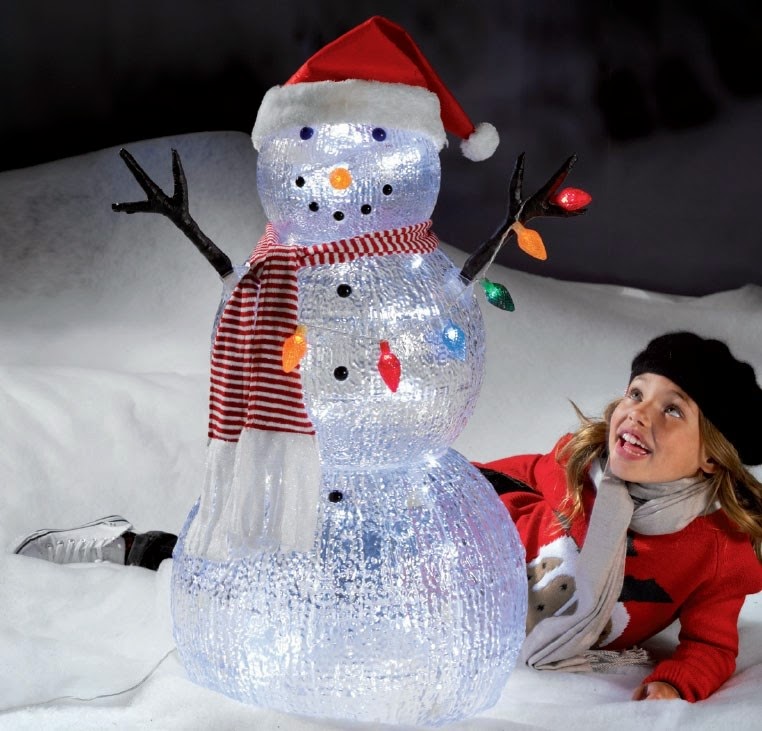 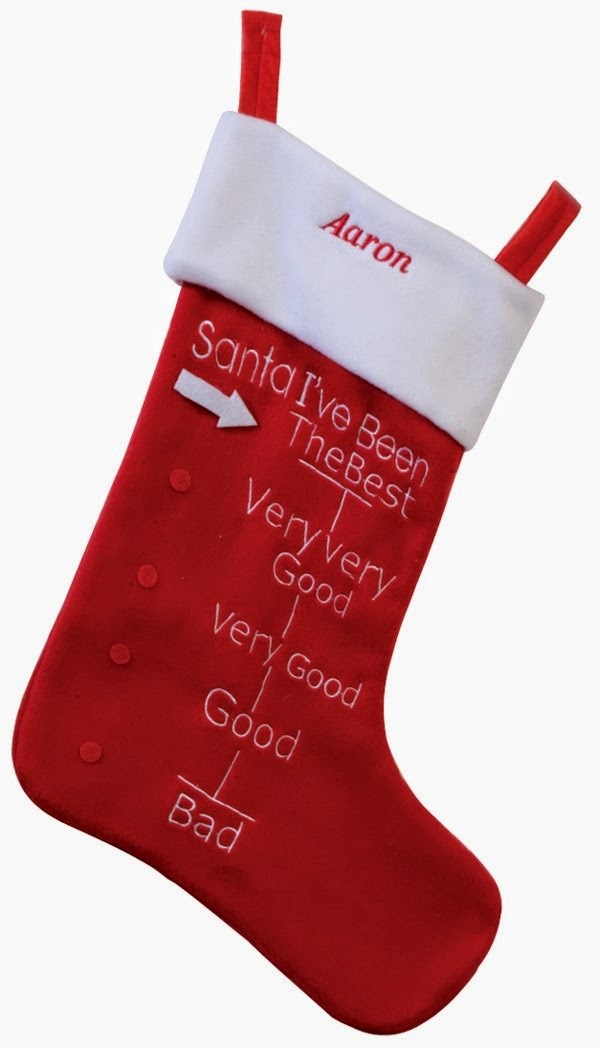 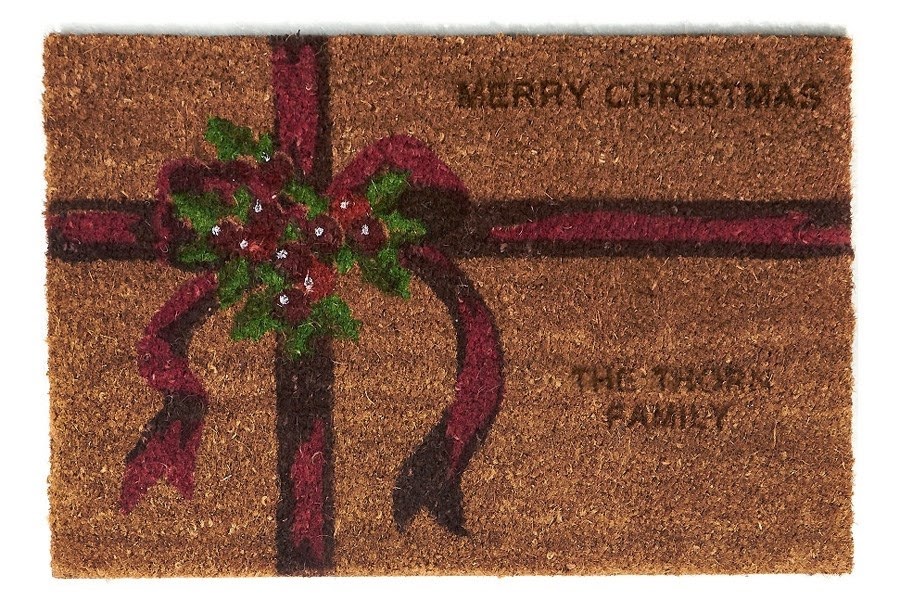 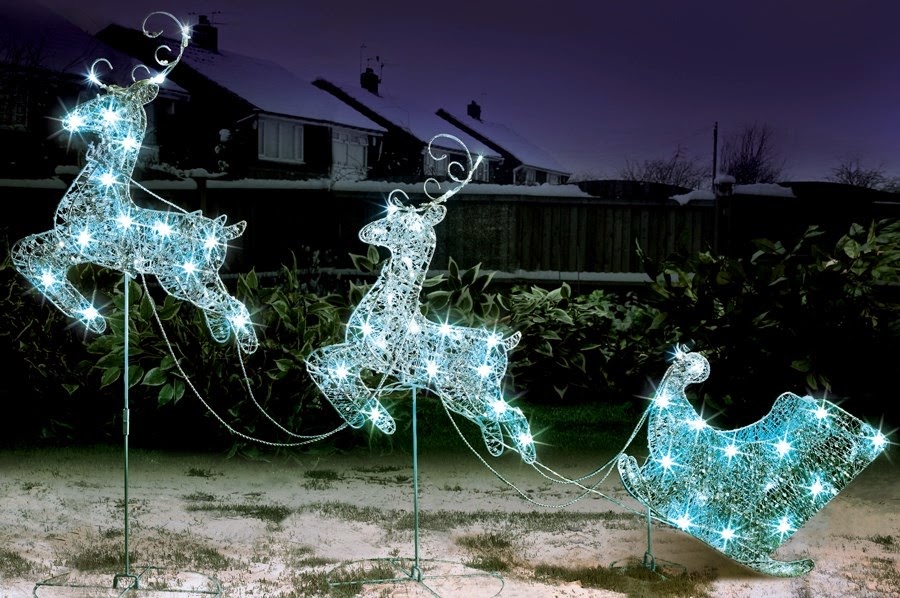 Shop our entire Christmas Range today, and make this Christmas one to remember for you and your family.

It's Movember! It's the time of year when A Mo Bro takes action by changing their appearance through the growth of a new a moustache for the 30 days of November to change the face of men’s health and to help raise funds for The Prostate Cancer Charity (TPCC), the UK’s leading prostate cancer charity.

AND now that we're at the halfway point in Movember its time to show us your Mo' for the chance to win mo-themed goodies.

What do you need to do to win?
If you ever needed a reason to take a selfie, this is the time....to enter our competition all you need to do is share a photo of your (or your loved ones) mo-gress (thats moustache progress to you and i) 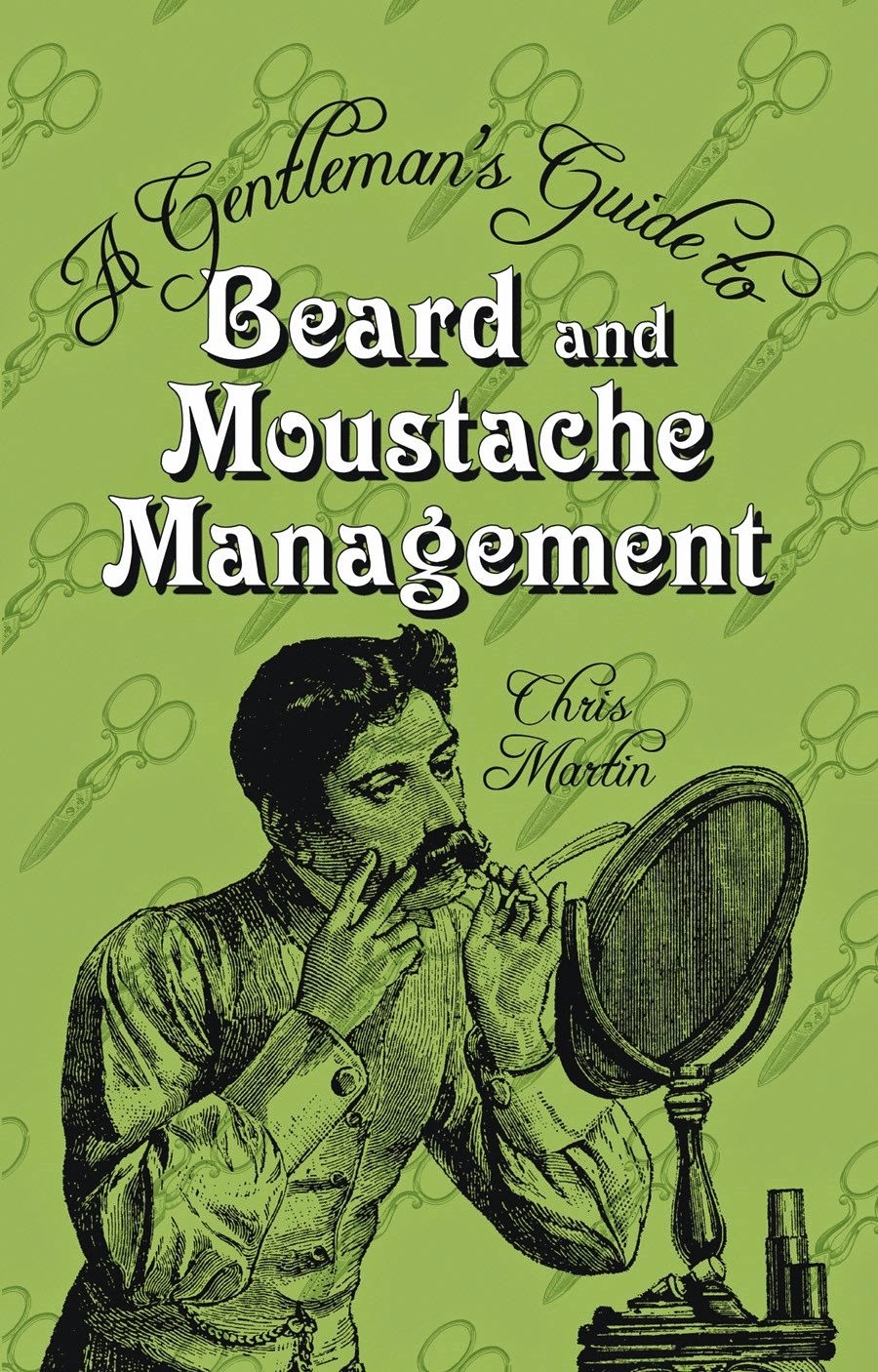 May the best Mo Win!


- Competition closes on the 27th November AT 12pm (so that you can receive your prize in time to remove (or style) your Mo on the 1st December.

The free prize draw is open to all UK residents aged 18 years or over, except employees of the promoters, its families, its agents and persons connected with the promotion.

Only one entry per person will be accepted.

If you're a Mo Sista or a child who can’t grow a real mo why not stick on a tache and post a selfie! After all, stick on taches are brilliant and they look hilarious on kids – and every entry, Tweet or photo raises awareness for the Movember cause – and don’t forget to donate too!

Looking for ways to have a crafty Christmas? why not have a go at making your own Salt Dough Christmas Decorations:
Ingredients needed: 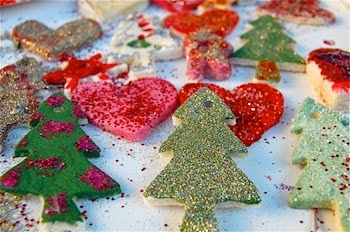 Method:
Mix it all the ingredients together then when you're ready roll the mixture out, cut into shapes with cookie/biscuit cutters, my personal favourites being Snowmen, Gingerbread Men and Bell shaped cookie cutters,

Place on a baking tray, make sure you have made a hole in the top of the decoration for the ribbon to go through afterwards, a cocktail stick is a good thing to use. (make sure you make the hole big enough as when you bake the dough the mixture will grow slightly)

Bake in an oven at approx 180C for 20 minutes, then paint and/or varnish or add glitter to make your own unique decoration.

Perfect for giving as a gift, or if the kids have helped you, keeping for sentimental reasons, they can even be re-used for years to come.

If you are truly inspired by all things Christmas then take a look at 24ace.co.uk/christmas where you will find a wide range of Christmas gifts, trees, cards, wrap and decorations almost all year round as well as Craft material and Craft kits.

Many people see the Christmas tree as the most important of all their Christmas decorations, and I can see why, as they do tend to be the biggest decoration in the house (and the decoration you put all the Christmas presents under).

A lot of people still love the tradition of having a real tree. Real Christmas Trees fill your home with a nostalgic seasonal aroma! They are also renewable, recyclable and while they’re growing they provide habitats for wildlife and absorb carbon dioxide and other gases. Real trees don't need to be packed away when the decorations are taken down either!

Choosing a real Christmas tree can be a daunting task if you don’t know what you are looking for, as some real trees apparently don’t shed needles, while others do, so if you've got a pet its best to try and find one that retains its needles. Here's a useful article on Choosing a Christmas tree if you need help and advice, or if you're looking for a tree you can re-use year after year take a look at our Christmas Tree buying guide for some handy shopping tips.