Justin Timberlake has been confirmed to star in a movie about the formation of Facebook, reports Variety.

Timberlake, who was linked to the project earlier this month, will play Napster co-founder and Facebook's founding president Sean Parker.

Jesse Eisenberg is signed up to play Facebook CEO Mark Zuckerberg, while Andrew Garfield is cast as the site's co-founder Eduardo Saverin, who fell out with Zuckerberg over money. 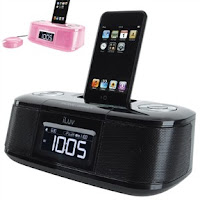 Kevin Spacey is the executive producer on the project, which will follow the story of the social networking site from its creation at Harvard University in 2004 to its overnight success and life-changing results for the creators.

Shooting begins in Boston next month.
Listen to all your favourite tunes through this iLuv iPod Dock was £49.99, now only £39.99.
Email ThisBlogThis!Share to TwitterShare to FacebookShare to Pinterest

The Desperate Housewives actress wedded the basketball player in July 2007. However, she admitted that because her memory of their nuptials in France is so surreal, she would like to renew their vows in a smaller ceremony.

According to a source, she said: "It seems like yesterday. We want to get married again. Our wedding went by so fast and with the frenzy surrounding it, it felt like an out-of-body experience.

"We want to do it again - something a bit more intimate - because we love being married. Our relationship, which has been going on for six years now, is stronger and better and more fun that it has ever been.

"It gets better every day. I know it's cliché but it's true."

Are you planning a wedding? 24ace.co.uk have a fantastic selection of items from Wedding Stationery to those finishing touches!
Check out this set of 24 Champagne Bottle Bubbles now only £8.99, ideal table decorations, whether it be for a Wedding or even for Christmas
Email ThisBlogThis!Share to TwitterShare to FacebookShare to Pinterest

Great News - you can now pay your Ace account online! 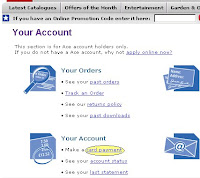 It's really that easy! Making a payment is only a click away.

Visit 24ace.co.uk where you can also change your details, track an order and see your account status.
Email ThisBlogThis!Share to TwitterShare to FacebookShare to Pinterest

Canine X Factor star Jazz bit Simon Cowell after auditioning for the show, it has been revealed.

The dog appeared in front of Cowell and his fellow panellists in Saturday night's episode after being brought along by his 59-year-old owner Diana.

Though Diana appeared to be convinced that Jazz could sing, he decided to remain completely silent as she gave a rendition of 'I Will Survive'.

Viewers then saw the frustrated auditionee trying to prove that her pet could belt out notes in a corridor backstage.

Diana has now told The Sun that Jazz sank his teeth into Cowell's leg when they saw him again later.

She joked: "I think Jazz might need an injection now."

Watch all of your favourite reality shows on this Sanyo 1080p HD LCD TV from only £499.99
Email ThisBlogThis!Share to TwitterShare to FacebookShare to Pinterest

Phil Collins has said that he will never play the drums again.

The former Genesis star told The Mirror that a spinal injury causes too much pain for him to even hold his drumsticks.

Collins said: "I've got a condition that means I can't play anymore. After playing drums for 50 years, I've had to stop.

Collins joined Genesis as the band's drummer in 1970 before moving to vocals following Peter Gabriel's departure in 1975. 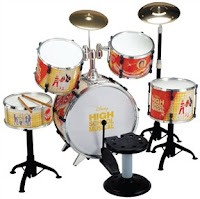 He later had a successful solo career with hits including 'In The Air Tonight' and 'Another Day in Paradise'.

24ace.co.uk have a wide range of musical instruments. Check out this fantastic High School Musical 7-Piece Drum Kit only £99.99
Email ThisBlogThis!Share to TwitterShare to FacebookShare to Pinterest

According to a source, Hefner moved to end his relationship with the former Playboy Playmate after eleven years of marriage last week.

The star filed documents at LA County Superior Court on Friday, citing "irreconcilable differences" in their partnership. The papers also indicate that the pair married in 1989 and have been separated since 1998.

Hefner is believed to have been supporting Conrad and their two sons since the separation, who were living in a property next door to the Playboy mansion.

However, the couple's relationship became even more strained this year when Hefner sold the house and the model later sued him.

Love Playboy? Check out the fantastic range of Playboy Clothing at 24ace.co.uk. This Sunglasses T Shirt By Playboy is HALF PRICE now only £13.99

Susan Boyle has topped the charts of a leading online retailer hours after the release date of her debut album was announced.

Titled I Dreamed A Dream, the record will be available in the UK from November 23 and in the US a day later.

The album tops the bestsellers charts on Amazon, ahead of the upcoming Beatles remasters and Whitney Houston's long-awaited comeback album I Look To You.

Earlier this year, Britain's Got Talent judge Simon Cowell said that Boyle's debut release would "surprise a lot of people" and claimed that the singer was "blown away" by the song choices on the album.

Listen to all your favourite hits on this JVC UX LP5B iPod Micro System only £179.99
Email ThisBlogThis!Share to TwitterShare to FacebookShare to Pinterest
Newer Posts Older Posts Home
Subscribe to: Posts (Atom)